The Mythology of the Bright Young Thing

Mozart was a prodigy who wrote his own compositions from the age of five. Tiger Woods’ golfing prowess was first showcased on television when he was three years old. Picasso finished his first major painting aged 15.

Precocious. The word sounds almost onomatopoeic to me. The very sound of it is exclusive, unreachable. The way you emphasize the vowels. You can’t help but elongate the last syllable. I hear it and think it’s too late. It’s too late. What an ironic thought for a graduate as I stand on the precipice of real life. Yet this is exactly what I thought when I first saw the work of Olivia Bee.

Olivia Bee is a photographer whose work is most commonly described by the P word. In this, her twentieth year, her client list reads as an anthology of all that is cool. Her photos have been commissioned by VICE and Harpers Bazaar magazine. She has shot campaigns from a compendium of fashion houses whose one common feature is their salience in contemporary culture – from Hermes to Vans. She is one year younger than me. 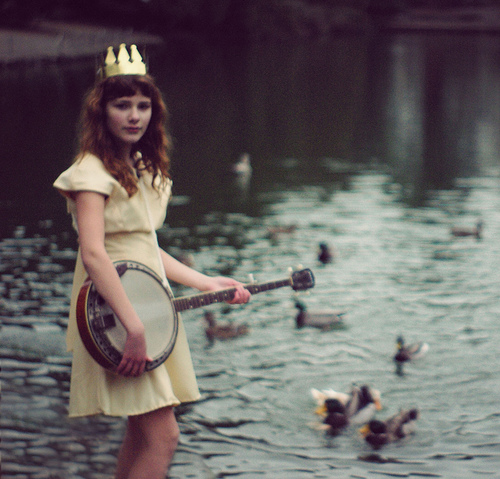 Amongst the multitude of articles written about Olivia her age is omnipresent. Youth so happens to be a motif throughout her work too. Her oeuvre is presided over by a star gazed, kinetic sense of being young in all its grainy glory. Olivia’s light leaks and double exposure mirror the frantic feeling of Nirvana’s ode to adolescence – Even her perfume commercials smell like teen spirit. Along withPrecocious the mediated consciousness deems these photographs Nostalgic. Yes, the sorbet tones have the visual quality of memories. But I would argue that this is more reflective of dreaming. Like most young people, the photographs of Olivia Bee dream in the future tense.

This is one reason that Olivia herself argues that “Talent is an Illusion”. This conclusion is the name of a Ted Talk that she recently gave. In a surprising revelation from someone whose professional successes have outnumbered their years, Olivia contends that more emphasis should be placed on refined rather than natural talent. In the lecture, Olivia recalls that of all the professional accolades that she has received, the ‘sweetest’ was something that one of her friends said to her:

Olivia goes on to document her own career, emphasizing the hard work and dedication over her own natural aptitude. In fact, she highlights that her work circa 2007 “used to really suck”. Along with cathartic pleasure I felt in hearing that, I took away from Olivia’s talk a new perspective on the role that talent was to play in my career. I decided that as a graduate it was more important for me to chose a career that I loved and felt a dedication to. As Olivia told it, even precocious success involved hard work. A lot of it.

Besides prodigious talent what do Mozart, Tiger Woods and Picasso have in common? Each of them had a father who was a professional in their field and drilled them in that from birth.

Now, when I look at Olivia’s photographs I think It’s not too late. I behold her kaleidoscopic worldview – oscillating colors and feelings – and I am reminded of the fact that our defining quality as graduates is not what we haven’t done – or even what we have done. It’s what we dream of doing.

This entry was posted by Alex in Career, Do What You Love, Lifestyle

← The Sweet Life
A Modest Proposal →