The New Age of Discovery 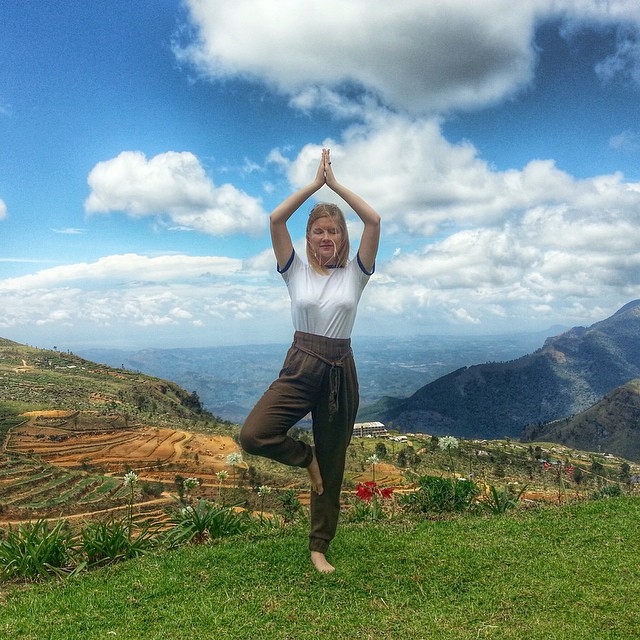 Bare foot on stone floor, somewhere between the saffron and the cinnamon, I found something real. The power flickered off – a teetering moment – before the kitchen returned to dim relief. In the space of that moment I gave thanks for all the discoveries that were left to be had in the world.

In the picture book history that we were taught as children, the Age of Discovery is accompanied by illustrations of the adventurer: body erect, eyes focused on the horizon, locked in a determined search for the unfound. It wasn’t until later, when we were deemed old enough for nuanced truth, that we were told that “discover” is a relative term. Australia day is alternatively invasion day. A  flag in the soil was more likely a sign of occupation than discovery. The lines between explorer and conquerer are as blurry as those that separate history from narrative.

Even after I recognised these alternative histories, the image of the explorer stayed with me – a sticky alchemy of Christopher Columbus, Indiana Jones and Pippi Longstocking. It was the death of this piecemeal character that I mourn when I hear news, like I did this August, of an Amazonian tribe making their first contact with the rest of the world. My sense of loss is underscored with a question.

Is there anything left to discover?

If you were to take an anthropologist’s view of the tourism industry you would see a new tribe of nomads – gypsies with a backpack instead of a caravan. This tribe can be identified by its unique lexicon, in which “touristy” denotes the deepest hell of Dante’s inferno. However, they have more in common with the explorers than nomadic peoples. They too sift through culture to find a nugget of value. I would argue that in their case, this value is not gold or resources, as it was for the explorers of ages past; The modern day adventurer circumnavigates the globe in chase of authentic experience.

It was this search for authenticity that led me to Sri Lanka – one of those destinations the guide books urge you to visit “before it is discovered”. When I arrived I found that I was too late. It’s not that I want to feel unique – though this sense of exoticism is perhaps always a factor. I do however, want to be recognised as a human rather than a walking ATM machine. In the first few days in Sri Lanka, my interaction with locals was purely economic. It usually ended up with me being ripped off. I am keenly aware of the importance of contributing to the local economies of the places that I visit, but in Sri Lanka I felt that my value was determined by the depth of my wallet.

There was nothing left to discover.

That was until that moment, barefoot and saffron scented, in the kitchen. She held up each spice for me to smell and feel, before throwing it into the pot. The kitchen was populated by grandmother, mother and daughter – in this presence I felt connected to a feminine tradition. Along with the curry, she taught me to make coconut oil. I squashed the coconut flesh between my fingers, letting the milk run through my hands.

It was in this relationship – teacher and student – that I discovered something real.

Sri Lanka is a tough coconut to crack, but after a little time here I have found some ways to break through to its core. Hereafter, three ways to have a genuine experience of Sri Lanka.

I believe that there is no better way to experience the Sri Lankan way of life than by living with a local in their home. At each Home-Stay visited, I have been made to feel like a friend as well as a guest. What is more, in a Home-stay you can avoid the usual (if not bizarre) pan-Asian menu of Tom Yam and Nasi Goreng that the bulk of restaurants seem to be offering. It was at a home stay that I had my first Sri Lankan cooking lesson. This culinary education has continued over the three homes that I have stayed since. Home-Stays are common throughout Sri Lanka, and can be found on your usual accommodation websites. The best that I have found have been through airbnb, including living on a tea planation (https://www.airbnb.com.sg/rooms/1956611) and staying at a secret beach (https://www.airbnb.com/rooms/3576031)

Hiring your own driver is relatively cheap in Sri Lanka and you will find that, as a tourist, it is expected of you to do so. But real life happens on the trains and buses that will not only take you anywhere in the country but become a highlight of your trip. A train through the tea plantations of the southern highlands is a profoundly beautiful experience. Most trains will offer “Tourist Viewing Carriages” – though they boast more glass, nothing beats the windswept experience of sticking your head out of one of the second class windows. Second class was comfortable, had great views and, unlike the tourist carriages, revealed glimpses of real life. We sat next to two friendly monks, and ate from the parade of street food that made its way through our carriage at every stop. Busses have similar charms, with the added bonuses of neon Buddhas and blaring Bollywood hits.

3.) Avoid places with a “Foreigner’s price”

Charging an inflated price to people who look foreign is standard procedure across Sri Lanka. At Horton Plains national park you will be charged 35 euros for the pleasure of a walk in the park, whilst the Sri Lankan fee is closer to fifty cents. While yes, these prices reflect an economic disparity that certainly needs to be addressed, I have found that these extra fees are usually accompanied by a begrudging attitude towards tourists. In the Botanical Gardens of Kandy, for instance, we were yelled at for using the “local’s exit” straight through the gates, rather than taking the foreigner’s exit that wound its way through the gift shop. There are always alternative national parks, gardens and temples that don’t come with this price or attitude. We skipped the Temple of the Tooth (Foreigner’s price: 10 euros) for a free temple, where we were welcomed with blessings rather than dirty looks. It was worth it in more ways than one.

There is plenty of this world still to be discovered – only five percent of the ocean has been explored. What is more important, I think, for traveller’s  are those small discoveries – adventures that give you shards of insight into a culture, a person or even yourself. If you look hard enough, there are plenty of these discoveries to be had in Sri Lanka.

This entry was posted by Alex in Lifestyle, Travel The World, Wanderlust